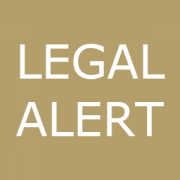 Proposed Kentucky Anti-SLAPP Law:  A new law has been proposed in Kentucky, the Kentucky Public Participation Act, which seeks to provide protection against frivolous lawsuits filed for the purpose of limiting free speech.

Freedom of expression is a right enshrined in both the Fist Amendment to the Constitution of the United States of America and in the Kentucky Constitution. Yet each year, countless Kentuckians find their rights to free expression challenged in court, in lawsuits that are known as Strategic Lawsuits Against Public Participation (“SLAPP” suits).

Kentucky is one of only 20 states without anti-SLAPP laws which allow defendants to dismiss SLAPP suits quickly.  However, a pre-bill was recently filed seeking to enact anti-SLAPP laws in Kentucky.  A link to the pre-bill can be found here.  The proposed law, which could be considered for enactment during the Kentucky legislative session in January 2020, would permit defendants to file a motion asking that the SLAPP suit be dismissed within two months unless evidence is shown that the case is legitimate.  If enacted, the statute may provide a powerful tool for defendants to dismiss frivolous lawsuits at an early stage and may allow for the recovery of attorney’s fees and costs if successful.

SLAPP suits have been brought in many different contexts, including against those who speak in public assemblies, post online reviews or on social media, write letters to the editor taking issue with a property development, or report police misconduct.  Proponents of anti-SLAPP laws believe these SLAPP lawsuits have a chilling effect on free speech thereby enabling a party to be “sued into silence.”  Anti-SLAPP issues often arise when businesses or individuals are sued for defamation, unfair business practices or false advertising.

Commonwealth Counsel Group lawyers have successfully represented parties in anti-SLAPP motion proceedings in other states which have enacted anti-SLAPP laws.  We are closely monitoring the proposed Kentucky anti-SLAPP law and stand ready to defend and uphold our clients’ constitutionally-enshrined free expression rights.